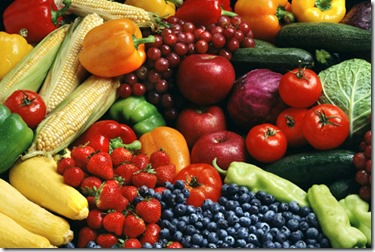 I know it may be a little late to weigh in on the diet debate since we’ve already made it half-way through the “Diet Month” of January!  However, US News and World Report once again tabbed the DASH Diet as the Best Overall Diet in their 2015 Review.  Keep in mind, the DASH Plan was originally designed to help lower blood pressure.  DASH actually stands for Dietary Approaches for Stopping Hypertension.  The main emphasis with the DASH Plan is to increase intakes of fruits and vegetables while choosing lean protein sources, such as fish, chicken breast or the leanest cuts of beef or pork.   Although it was not developed for weight loss, it has shown that weight loss is a side effect of following this plan.  What is reassuring is that this Meal Plan is a healthy alternative that does not require any exotic foods or recipes.  It is a safe way to eat that will help you meet your daily nutritional needs and help you achieve better health.  We believe in the DASH Plan and often work with our clients to adopt this meal plan as part of their daily intake.  Many of the foods included in this plan can also be beneficial in helping to reduce chronic inflammation associated with eating higher sodium and higher fat meals.  Chronic inflammation has been identified as a risk factor in developing heart disease and diabetes.  You can find out more about the DASH Plan and start making the changes that can help you get healthier and feel better!  Remember, you hold the keys to better health in your hands!

Two recent studies have just come out detailing findings on the use of vitamins and supplements and their impact on health. There has long been a controversy regarding the impact supplements.  It has been difficult to find any definitive outcomes on the subject.  The new studies released this week do not offer a clear answer either.  But, they do provide a reason to stop and think about what we are doing.  In the first study, researchers looked at the use of Vitamin E by men.  The study found that those taking high doses (400 units/day) had an increased risk of prostate 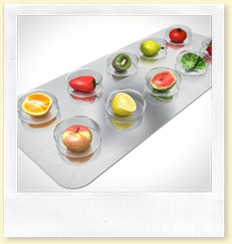 cancer by about 17%. Vitamin E joins the list of other supplements that have an inconclusive status. In 2005, studies surfaced that looked at the risk/benefit of using Vitamin E to help against heart disease. There was no significant benefit noted. In fact, those in the cohort taking a higher dose actually increased their risk of death.

The other recent study looked at the use of multivitamins, folic acid, iron and copper by older women.   The report of findings from those researchers found that women taking the vitamins and supplements had a higher risk of death as compared to those not taking them.  Before jumping to any conclusions, however, there are some things to question in this study. The average age of admission to the study in 1986 was over 61 years old. It is reported that by 2008, over 40% of the participants had died. That is a long 22 year span to follow participants. The strength of the study may be questioned, as it should. The headlines, “Dietary Supplements Linked to Higher Death Risk”, can be seen as alarmist.

My point is not to analyze the studies. Instead, I want to encourage you once again to look at what you are eating. Dietary supplement use in the United States is a huge business with reported sales of over $9 million dollars a year. Combine that with the heavy reliance on pharmaceuticals and you can see what a pill happy society we’ve become. The challenge is to make changes to your lifestyle to prevent having to use pills. Diet and exercise play a huge role in our health. A very interesting report just recently came out on the benefits of eating fruits and vegetables.  The report looks at the genetic expression of the 9p21 chromosome. The 9p21 variant has been implicated in heart attacks and cardiovascular disease. The researchers found that those with a genetic predisposition of developing cardiovascular disease could alter gene expression by increasing intake of fruits and vegetables. While there are still many questions to answer concerning this study, it is interesting when we start discussing how our genetic code can be influenced by our diet.  (Original Source)

If you are looking for better health, start with your lifestyle. Increasing fruits and vegetables has long been seen as a deterrent to poor health. Make a true commitment to change. If I had a dollar for the number of times I’ve been told by clients, “I know what I should be doing, I just can’t/don’t want to do it!”, I could retire. We’ve let our health get away from us and we put too large a reliance on medications to help us instead of helping ourselves. Become responsible for your own health.  I know lifestyle changes are difficult but the road to better health is not an easy one.  If it were, we would not have as much sickness in our country. You have the power to change. You hold the key to better health!  As we always say here at Nutrition Pair:

“It’s Your Health. It’s Your Life. Make That Change!”