On this World Diabetes Day, let’s take a look at diabetes from a historical perspective.   We have come a long way with the diagnosis, treatment and tools to aid diabetes management. 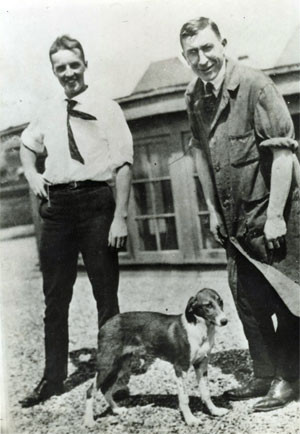 Aware of the Symptoms but not the Cause….

The earliest known mention of diabetes was in 1552 BC, when Hesy-Ra, an Egyptian physician, documented frequent urination as a symptom of a mysterious disease that caused severe weight loss.  Around 600 BC, Charaka, an Indian physician described the disease as “honey-urine” or “sugar cane urine”. Physicians around this period often used ants and other insects to help diagnose diabetes because they would be attracted to the area in which someone with diabetes had urinated.  In 250 BC, Apollonius of Memphis coined the term “diabetes” which is Greek for “siphon”, meaning “to pass through”. At this point in time, physicians were observing that patients tended to pass more fluid than they would drink; however, they still had no idea about the cause.

In 150 AD, Arateus, a Greek physician, described diabetes as “the melting down of flesh and limbs into urine…life is short, unpleasant and painful.”  In 1675, Dr. Thomas Willis of London determined if his patients had diabetes by tasting their urine. He added the word “mellitus”, meaning “honeyed” to the word diabetes.  In the 1800’s, scientists developed chemical tests to detect the presence of sugar in the urine (source: www.everydayhealth.com).

Up to the early 19th century, the kidneys, stomach and liver were thought to be linked to the cause of diabetes.  Then, in 1869 the islet cells of the pancreas were described in detail through a dissertation by Paul Langerhans (source: https://www.ncbi.nlm.nih.gov/pubmed/21818991).   Langerhans did not hypothesize on the role of these cells but, in 1893, French histologist GE Languesse named these areas “ilots de Langerhans”.  At this point in time, the insulin producing role of these cells was unknown (source: https://www.ncbi.nlm.nih.gov/pmc/articles/PMC1769627/ ).

A Link between the Pancreas and Diabetes…

In 1889, German physicians Joseph von Mering and Oscar Minkowski removed the pancreas from a healthy dog to study the role of the pancreas in digestion. Several days after the dog’s pancreas was removed, the doctors happened to notice a swarm of flies feeding on a puddle of the dog’s urine.  When they tested the urine to determine the cause of the flies’ attraction, they found that the dog had sugar in its urine which, of course, is a sign of diabetes. Because the dog had been healthy prior to the surgery, the doctors knew that they had caused it to have diabetes by removing its pancreas.  This happened by accident as diabetes was not the intention of their study. However, their research was so very important because it showed there was a link between the pancreas and diabetes (source: https://www.pbs.org/wgbh/nova/article/accidental-discoveries/).  Then in 1910, Sir Edward Albert Sharpey-Schafer found that diabetes was the result of the absence of one chemical, which he named “insula”, meaning “island”, in reference to the insulin-producing cells of the pancreas, or, “Islets of Langerhans” (source: https://www.ncbi.nlm.nih.gov/pubmed/21818991).

Finally… A Discovery of the First Miracle Drug!

In 1921, the life expectancy for a person diagnosed with what was then known as “juvenile diabetes” was less than a year.  Motivated by the loss of a close childhood friend to diabetes at the age of 14, Frederick Banting, an Ontario physician, left behind a medical practice to pursue research.  He hypothesized that a part of the pancreas produced a substance that could treat diabetes. He and his assistant, Charles Best, began testing his theory in dogs. They removed the pancreas of dogs and then injected them with a chemical extracted from the pancreatic islets of Langerhans (insulin).  They found when the dogs were given a few injections a day, their blood glucose levels would decrease and they would be healthier and stronger.

They added a chemist, J.B. Collip, to their team to begin producing more insulin to perform larger trials.  Before testing their treatment in humans, both Banting and Best tried the injections on themselves to ensure that they would be safe in humans.  In 1922, Leonard Thompson, a 14 year old who was close to death from diabetes at Toronto General Hospital, became the first person to receive injections of insulin to treat diabetes.  He improved immediately and lived another 13 years before dying of an unrelated condition.  Banting and Best made the patent available free of charge so that millions worldwide would be able to access insulin.  Banting and laboratory director, J. MacLeod, received the Nobel Prize in Medicine the following year. They both shared their Prize money with others on the team who were not recognized, in particular Best and Collip (source: https://www.ncbi.nlm.nih.gov/pubmed/21818991).

We, as diabetes educators as well as a family who experiences diabetes on a daily basis (John has had Type 1 Diabetes for 28 years) we are eternally grateful for the dedication and persistence of Dr. Frederick Banting and his assistant, Charles H. Best. Today is the birthday of Dr. Banting and the reason for the recognition of the worldwide celebration & recognition of World Diabetes Day. There is much work to do in the field of diabetes, such as the extreme high cost of insulin that we are now facing as well as the epidemic of Type 2 Diabetes. However, on this day we are so grateful for the discovery of insulin. We must, as a nation, not fail to forget that Banting and Best made the patent for insulin available “free of charge” so that it would be accessible worldwide.

We wanted to recognize the photo above. Nutrition Pair, LLC purchased the rights to use this photo from the University of Toroto Archives: UTA, Frederick Grant Banting and Charles H. Best, A1978-0041/001(53). This photo really touches our hearts. Dr. Banting is on the right and his assistant, Charles Best is on the left. With them is Marjorie, one of the laboratory dogs. In fact, she was a favorite of theirs. Here is a quote from Charles Best from his Book, “The History of Insulin” (1962):

“We were both genuinely fond of the experimental dogs with which we worked…We felt strongly then, as I have always felt since, that no animal should be subjected to pain which the human experimenter would not be willing to bear himself”.

“You and your wife Angie always provide wonderful nutritional insight and motivate us to be aware of better choices in our quest for a healthy lifestyle.”